As the largest update after Heavensward online, there are quite a lot of new items added in new Patch 3.1 including new dungeons. Except the new 24-player raid Void Ark, Saint Mocianne’s Arboretum is another 4-player dungeon which is praised by players. It is easy for players to reach requirements to enter than the Void Ark. Let’s go to farm Saint Mocianne’s Arboretum together with Ffxiv4gil. 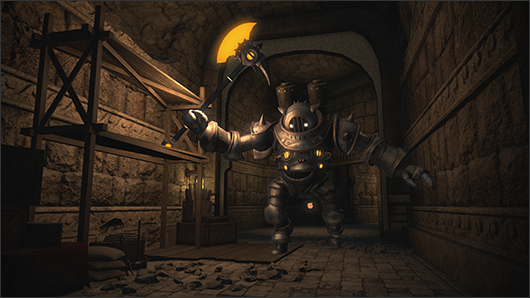 First of all, you could watch this video to have a whole view of Saint Mocianne’s Arboretum before enter it. Then we will explain each boss for you.
Rose Garden
When the boss is about to use his spinning breath attack, he’ll summon several small untargetable adds. These have their own small breath attacks, though fortunately they do not spin. The boss will randomly spin clockwise or counterclockwise, so pay attention to which way he’s turning. Starting on the second spinning breath attack, he’ll summon Rose Hips, which look like balloons. They need to be killed quickly before they explode and do raid wide damage.
*Avoid breath attacks.
*Prioritize killing Rose Hip adds.

Queen Hawk
There are several bees that randomly fly around the edge of the room. They will target random players and use a column AoE attack that needs to be dodged. When the Queen uses ‘Ally’, they will gather in two groups along the edge and launch a huge double column AoE attack with no ground marker. The bees blend in with the walls so you will need to pay attention to get out of the way in time. Partway through the fight, several Knight Hawk bee adds will appear and tether to the boss. This is a DPS check where the boss will do raid wide damage that gets stronger every time, so burn them down quickly.
*Don’t stand in front of bees.
*Kill Knight Hawk adds.

Belladonna
The first noteworthy attack is a big AoE which you only can dodge by being next to the boss, you have time to run towards him so it shouldn’t be an issue. After that he’ll summon Bulbs that will place ground AoEs that give you a stackable magic vulnerability up debuff. At the same time he’ll start casting Frond Fatale, which charm you into running inside the Bulbs’ AoE to get the debuff. To avoid being charmed you need to look away from the boss, be aware that the cast time is rather short. Besides this there is one more room wide AoE that hits for about 4K. He also summons some targetable adds which need to be killed.
*Don’t stand in yellow circles.
*Look away when the boss casts Frond Fatale.

Have the knowledge from this article, I think all of you could farm Saint Mocianne’s Arboretum easily. The hardest question may be the ilvl. How to upgrade ilvl fast to 170? Generally speaking, the fast way to upgrade ilvl is to buy crafting equipment from MB with FFXIV Gil. It may cost you quite a lot of FF14 Gil, so with this equipment you may look “rich”. But if you choose Ffxiv4gil to help you, you may have another way. You could choose Allagan Tomestone Handwork Power Leveling at Ffxiv4gil. No matter Allagan Tomestone of Law or Esoterics, you just need pay a few of dollars then we will help you to get. Allagan Tomestone could be used to purchase high ilvl gear, and it helps you to look like a studious player.